October 20, 2020January 20, 2021 vskyadmin
The Steinhatchee River is a short river in the Big Bend region of Florida. The river arises in the Mallory Swamp just south of Mayo in Lafayette County, and flows for 28 miles (45 kilometers) out of Lafayette County, forming the boundary between Dixie County and Taylor County to the Gulf of Mexico. It has a drainage basin of 586 square miles. The river has also been known as the Hittenhatchee, Esteenhatchee and Isteenhatchee.The only communities along the river are Jena and Steinhatchee near its mouth. The river is not developed, being used solely for recreation. About one mile of the river goes underground as a subterranean river near where US 19-98 crosses the river.

Often paddling enthusiasts will drive along and span a bridge over a waterway, and look down to see if the waterway has paddling potential. If you have traveled US 19-98 along the Big Bend, you have probably crossed the Steinhatchee River and wondered about its paddling potential. If it’s a fairly dry season you won’t see any water at all as it’s mostly underground at this point as mentioned above. Add this river to your paddling list if you can. It includes a “waterfall,” Steinhatchee Falls, a rarity in this part of Florida, over which you possibly could paddle but it’s not a good idea since it’s very shallow and a hard rocky bottom where it passes over the falls. But before you throw your boat onto your vehicle, remember that the upper river, above US 19-98, flows into a sink and doesn’t connect to the lower river. The upper river is scenic and is bordered by Suwannee River Water Management District Lands, as is much of the lower river, which becomes tidally influenced near the towns of Jena and Steinhatchee. A very popular paddle is put in at a nice ramp just below the falls and paddle the 8 miles to the mouth or close. 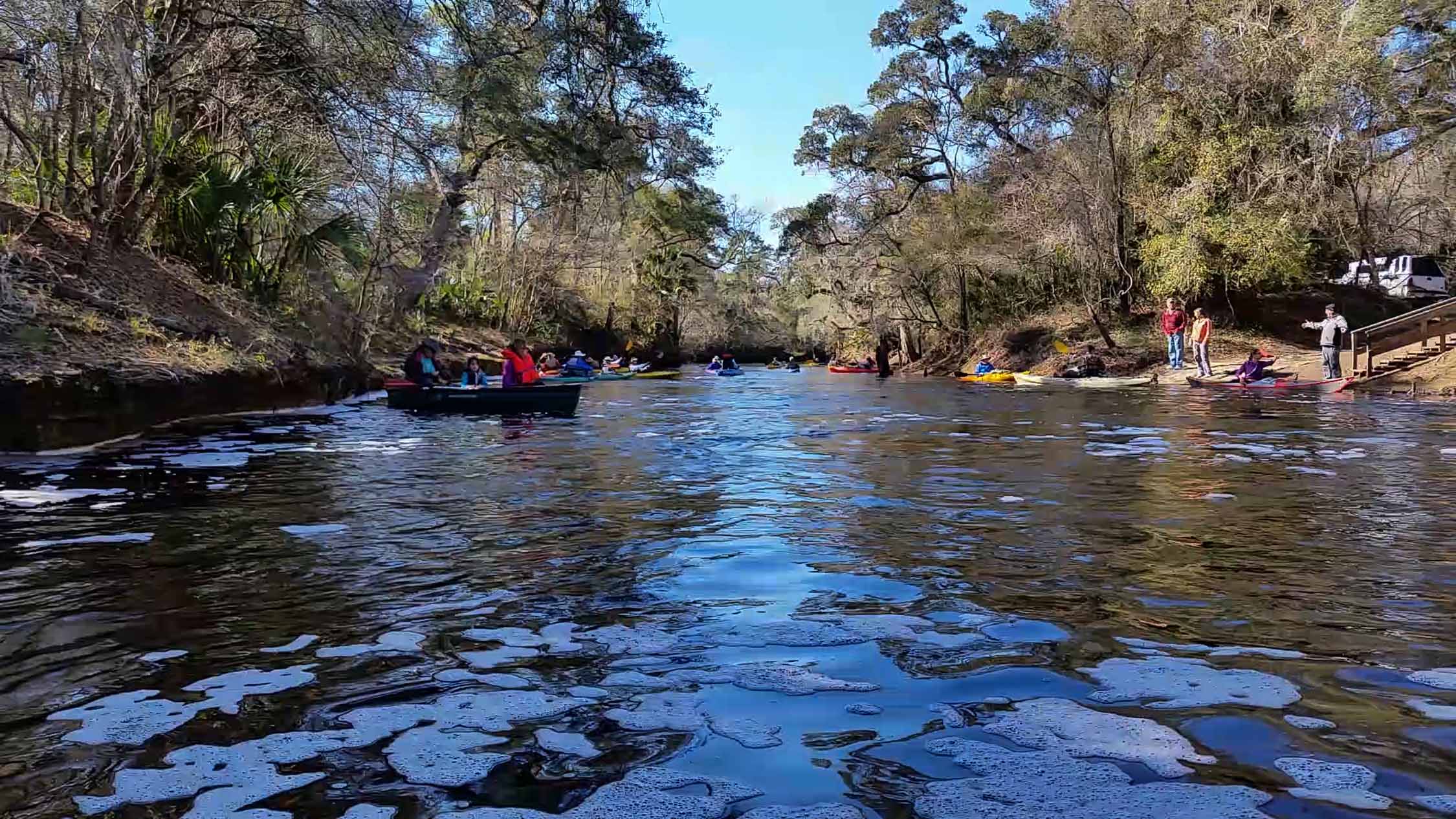 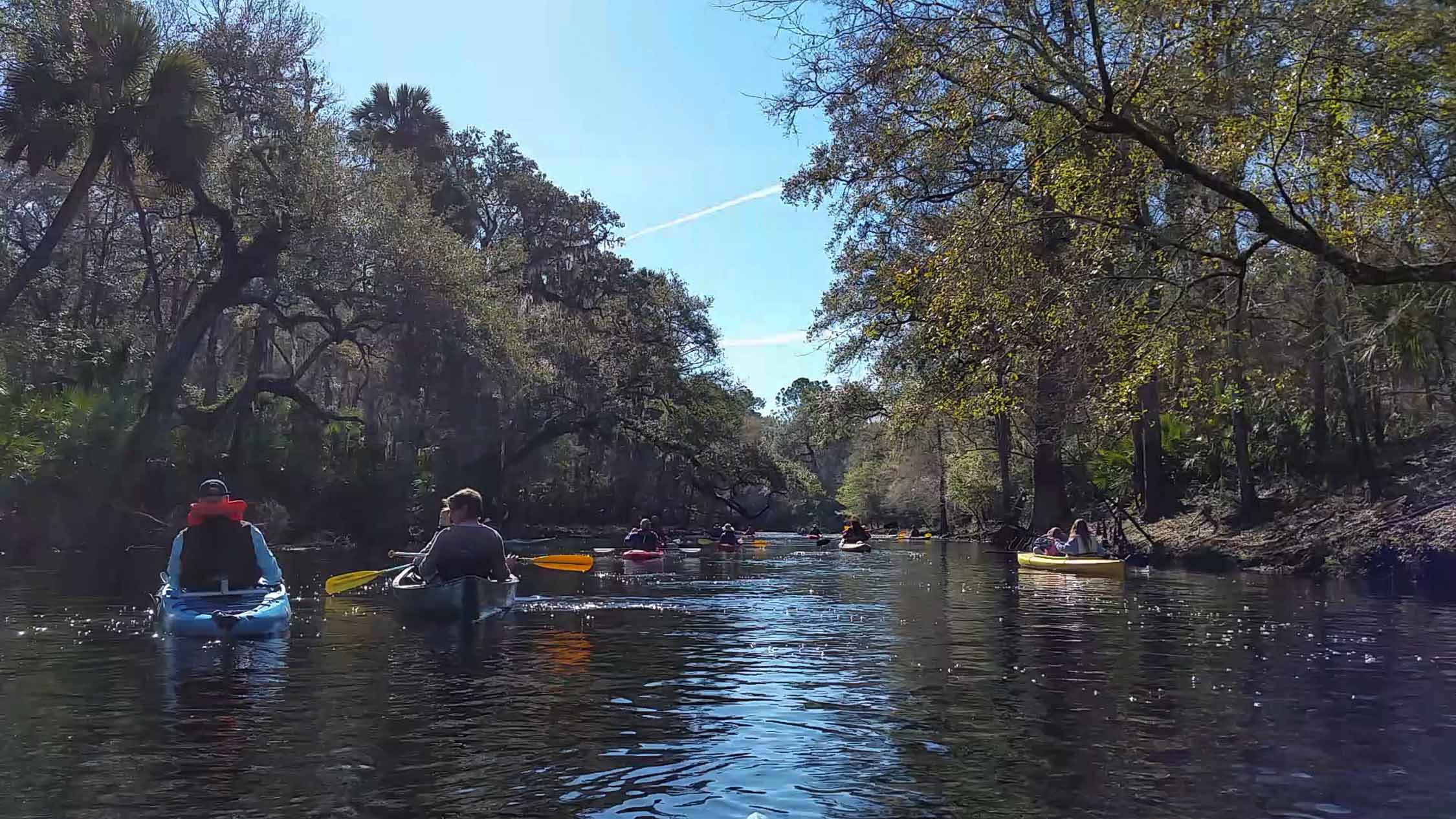 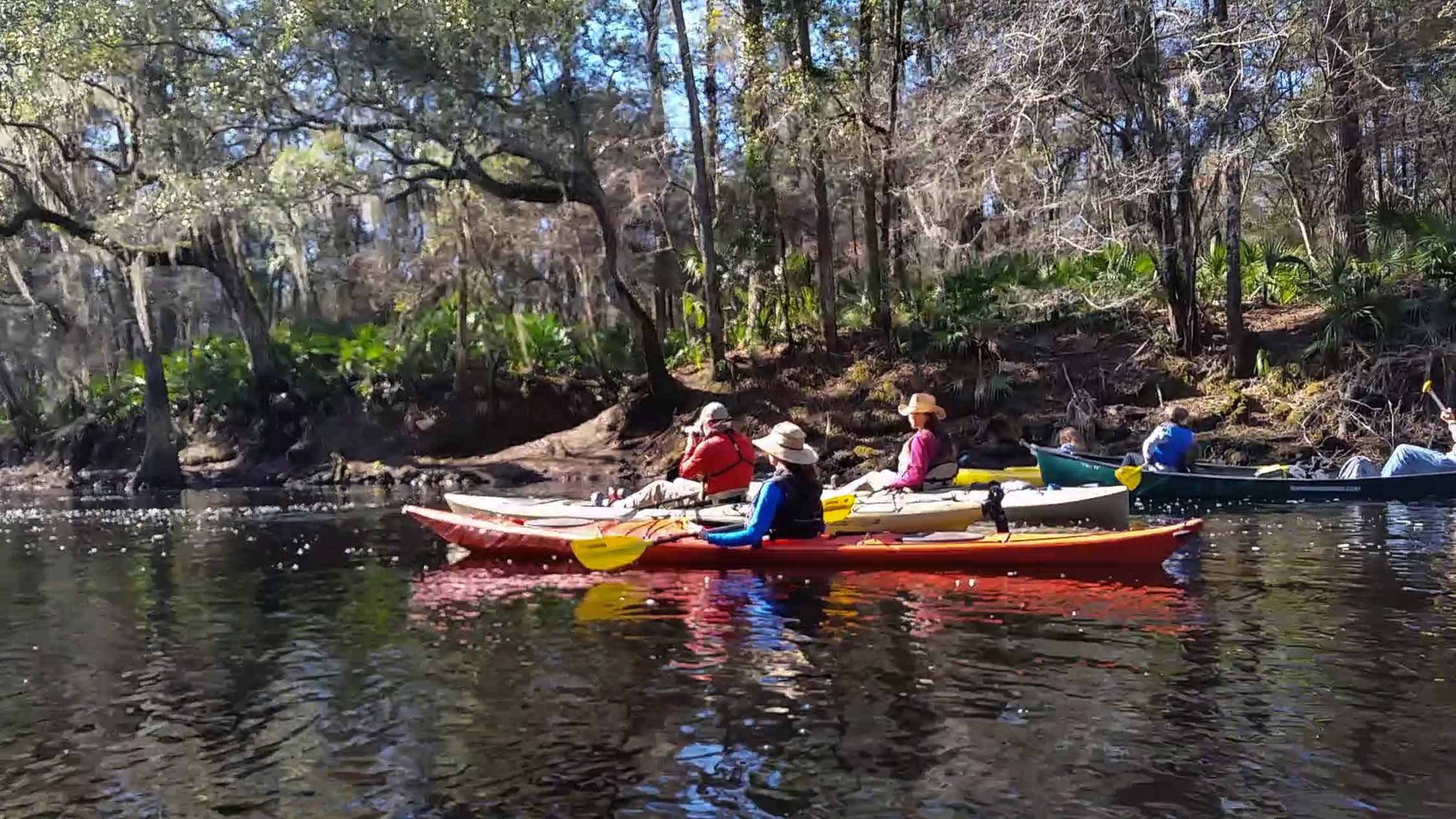 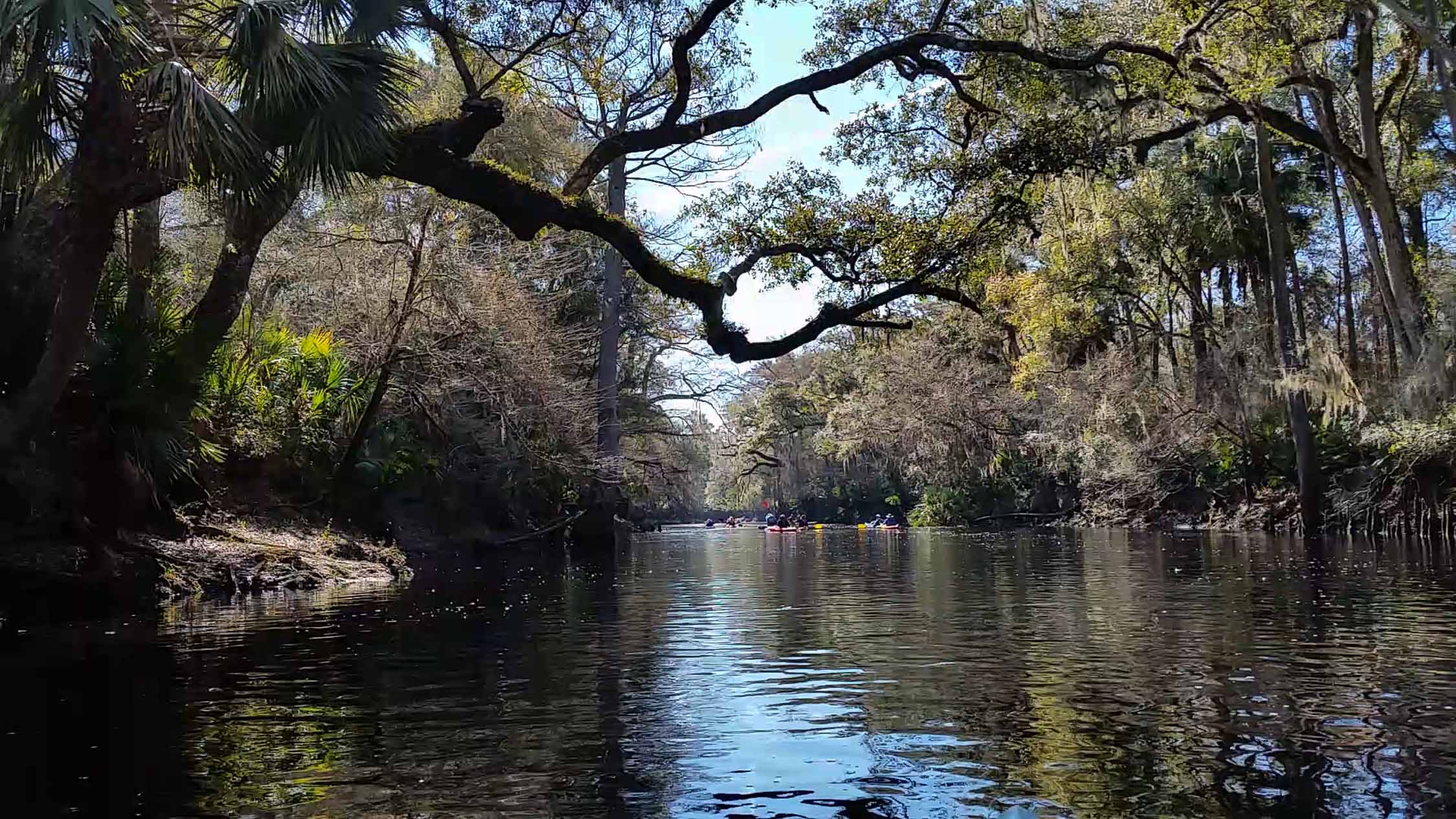 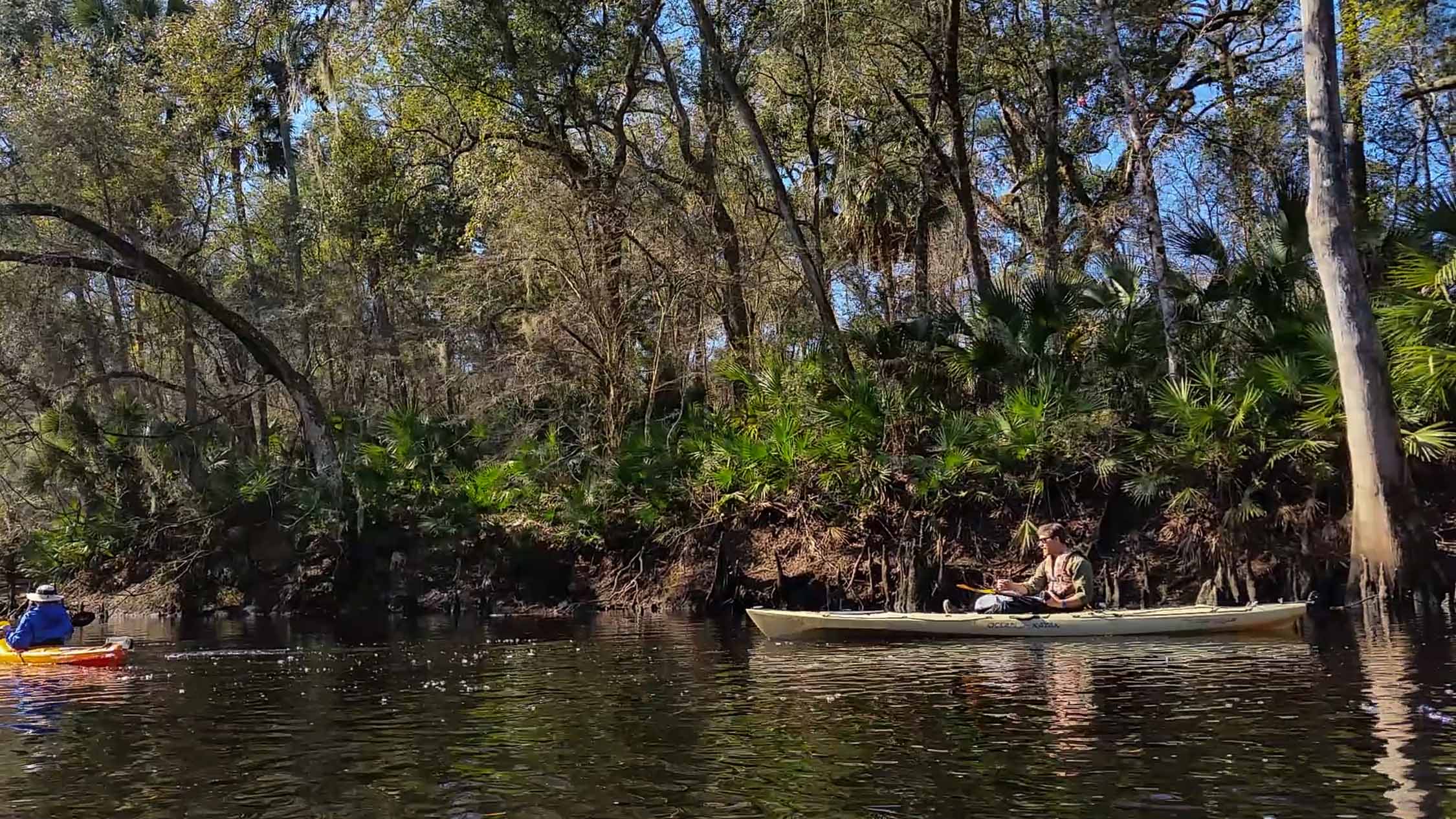 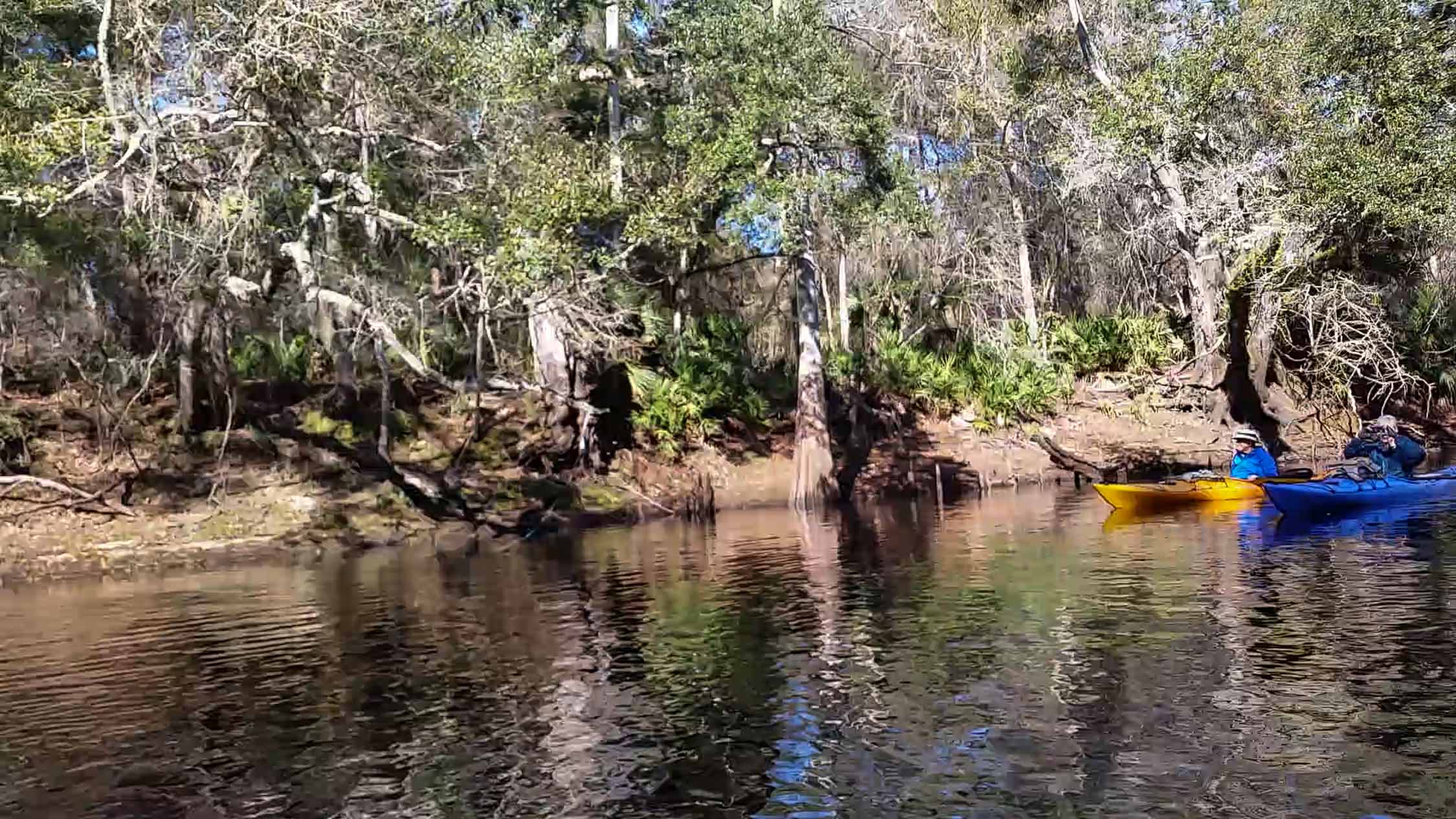 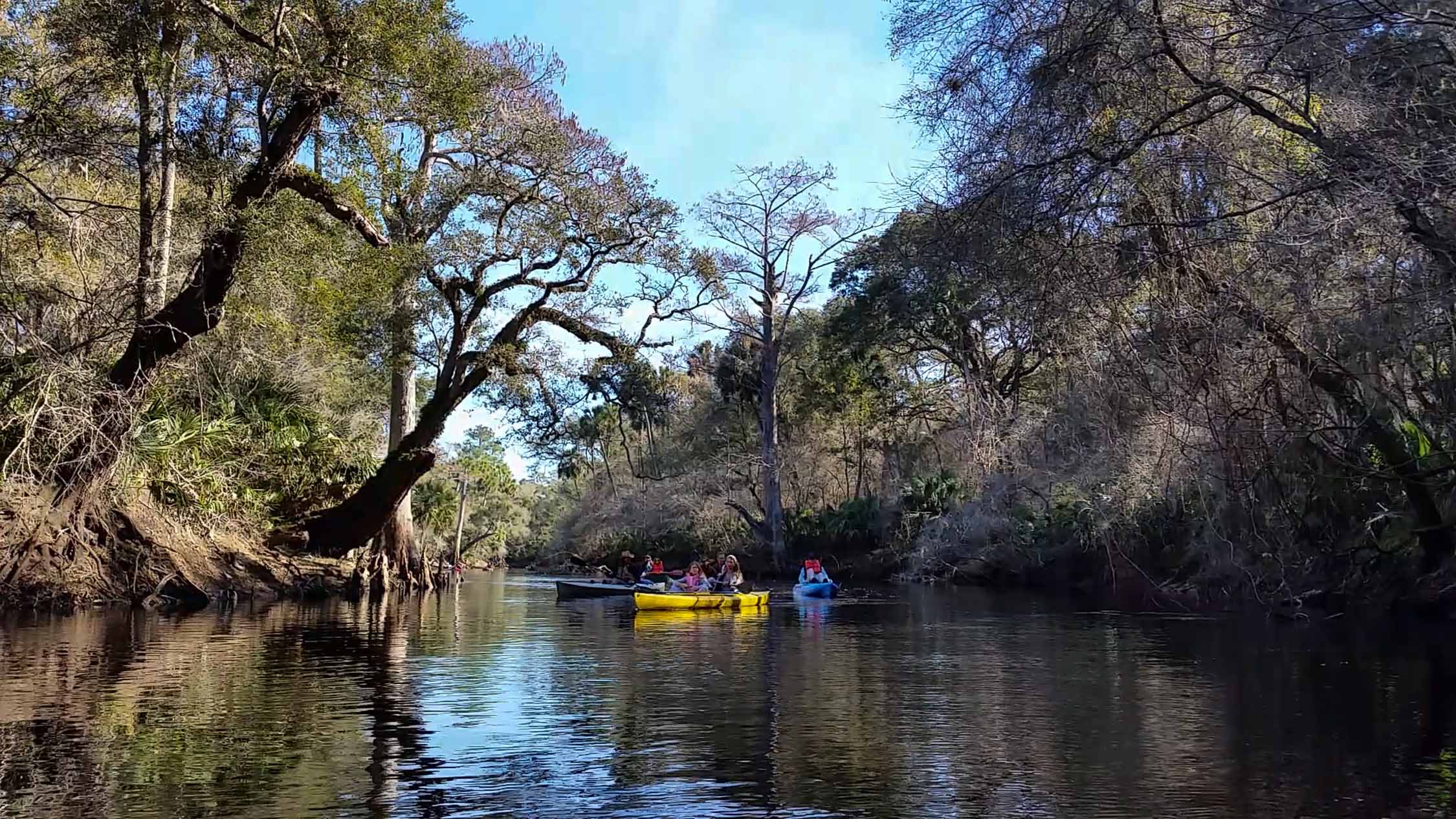 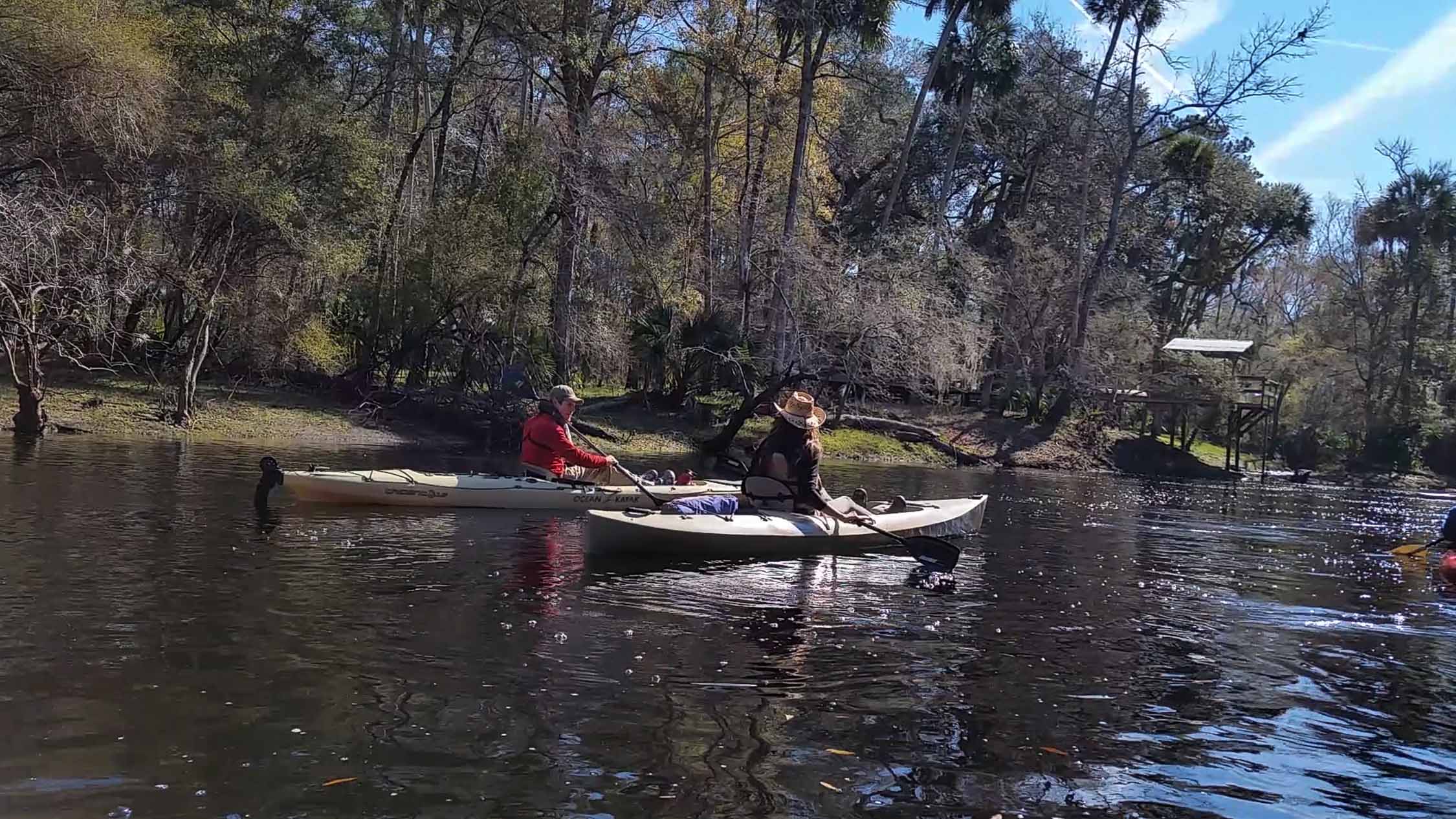 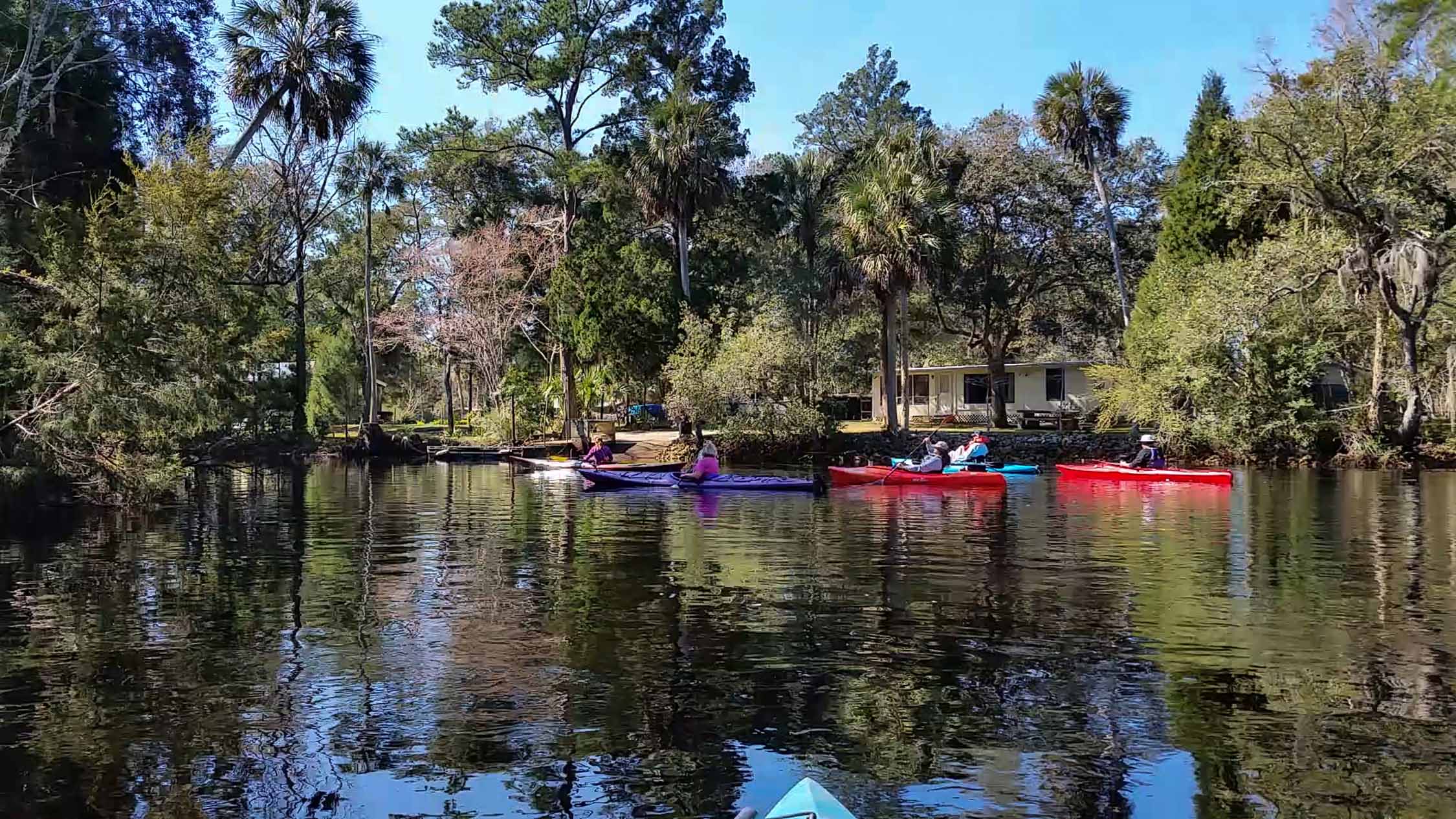 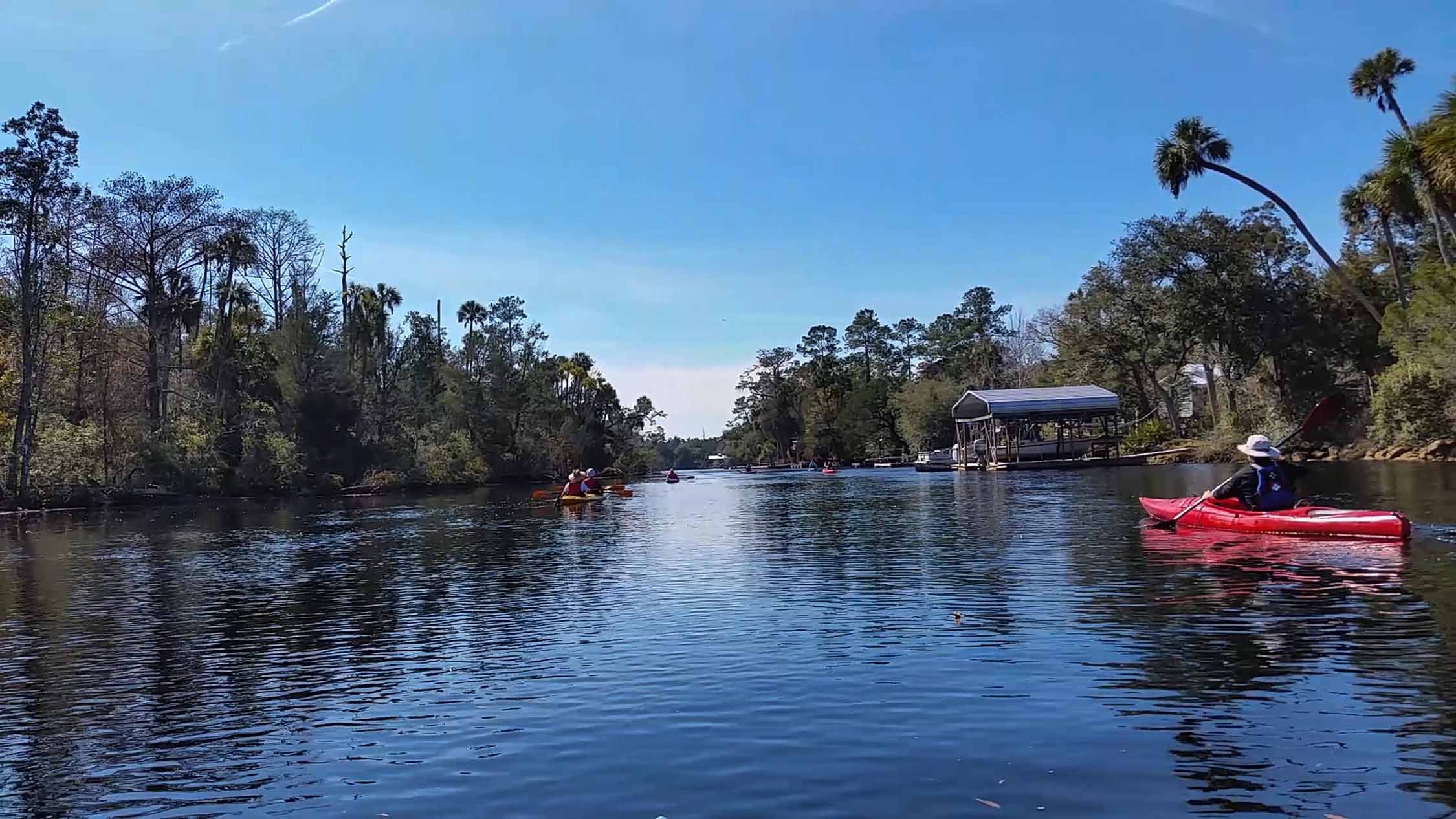 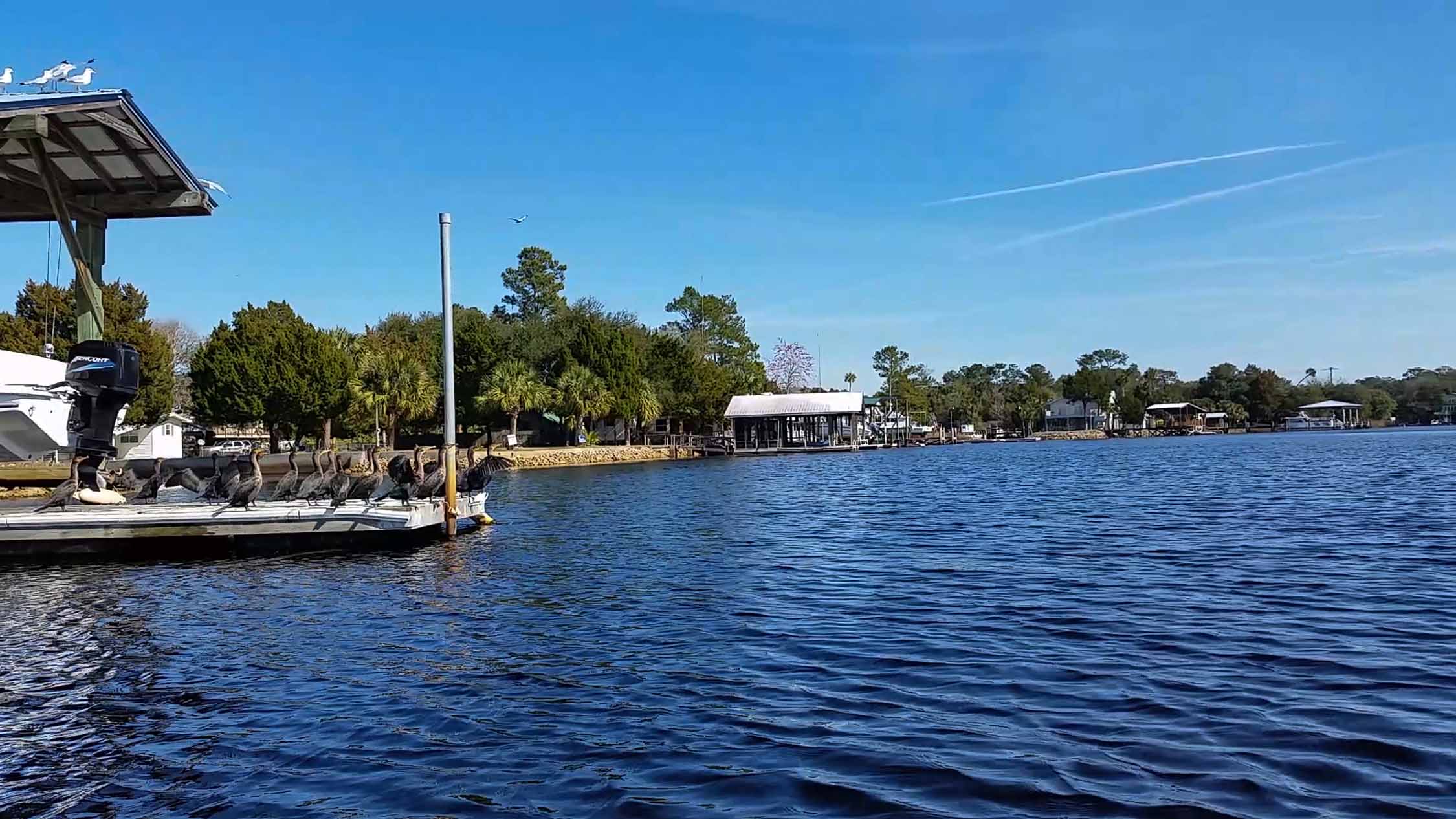 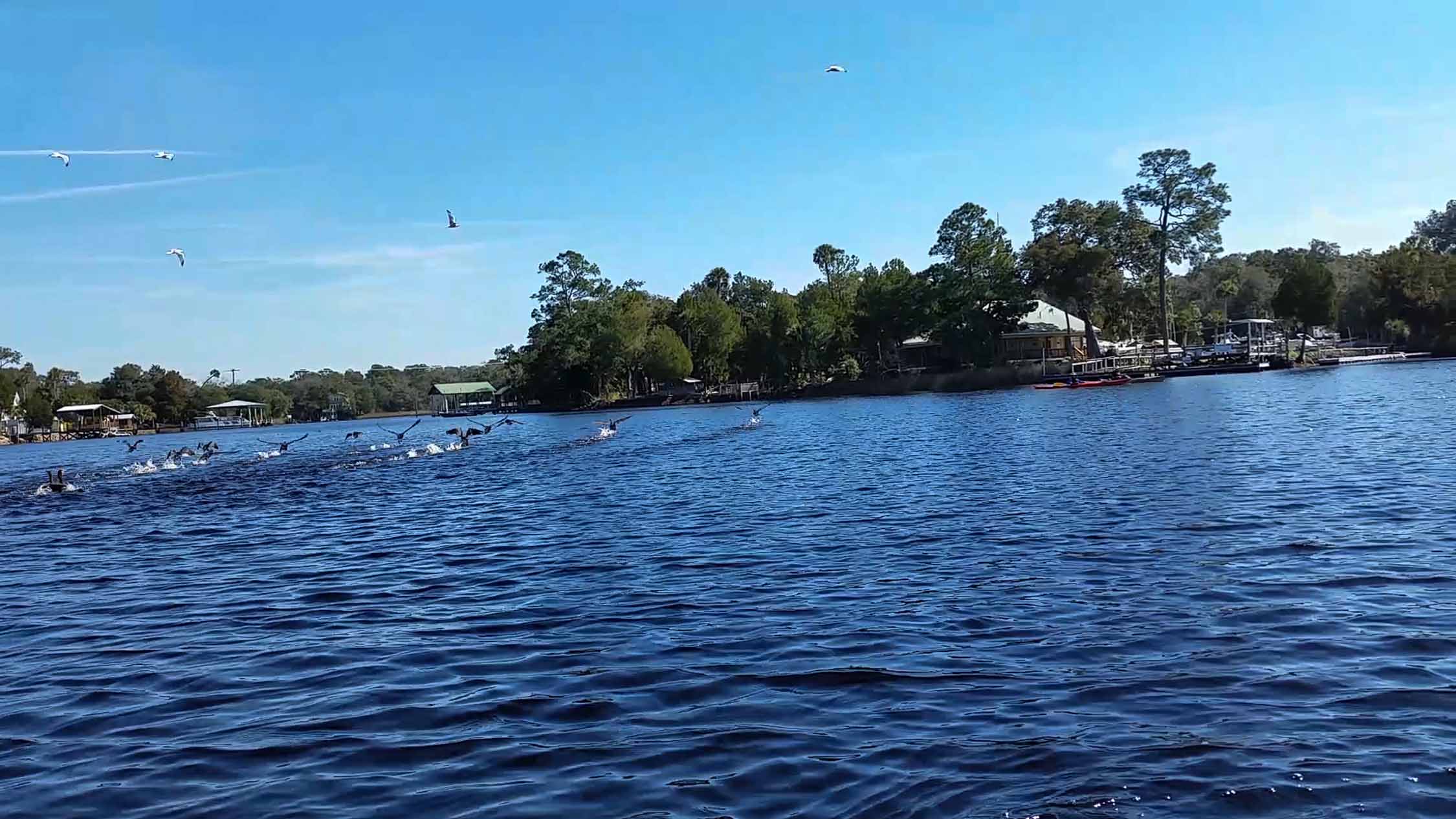 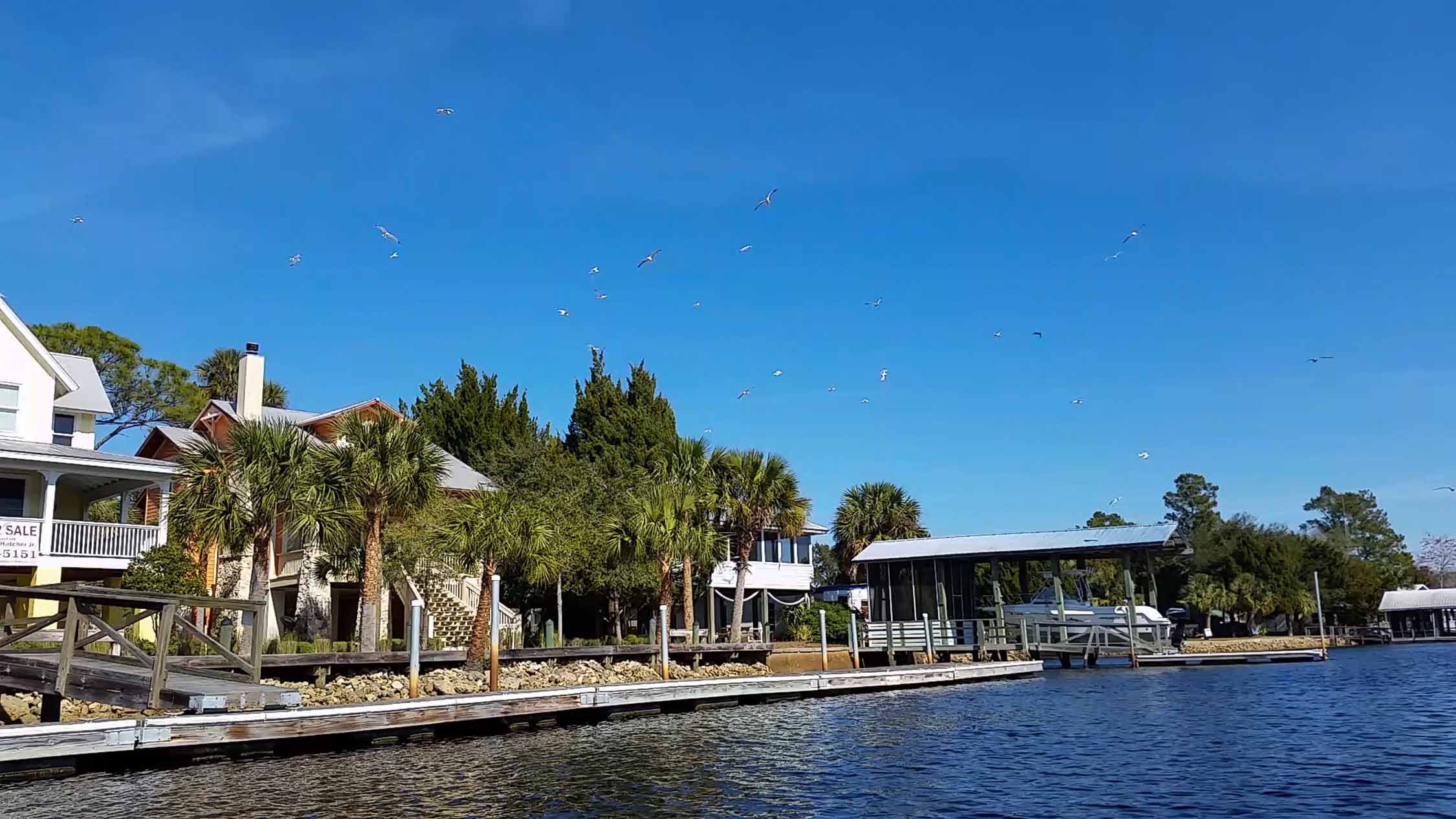 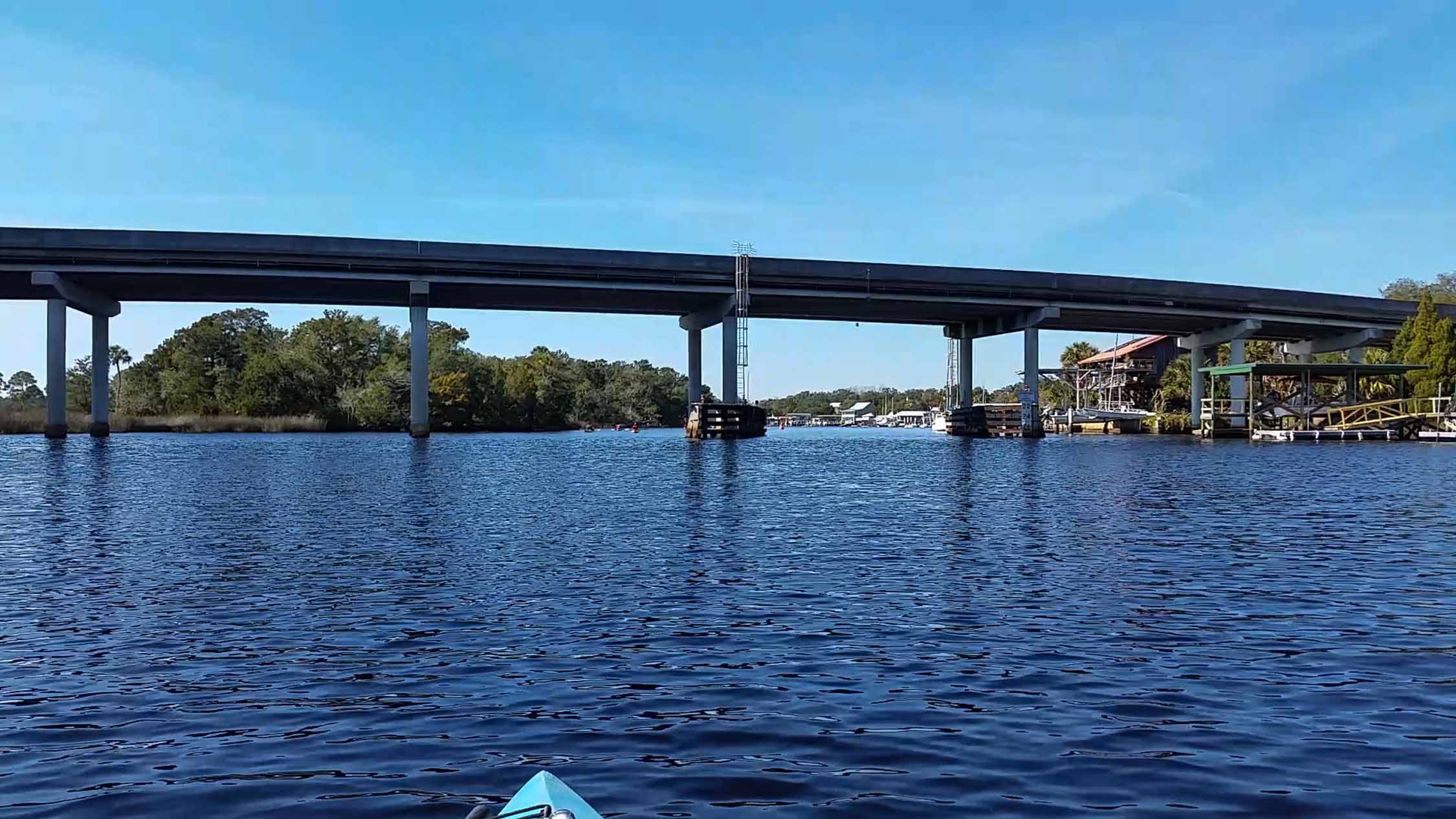 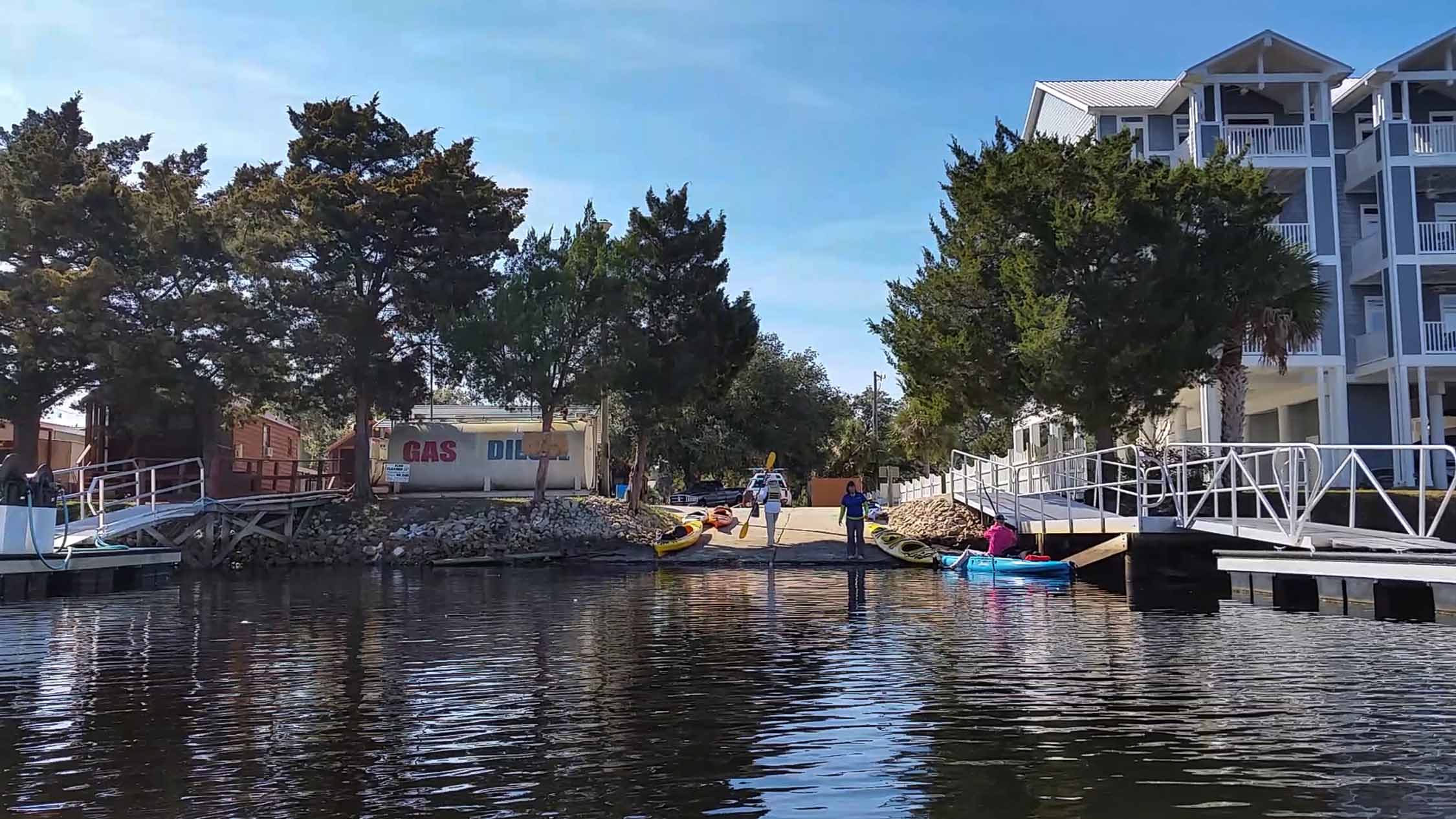